Did you know that one of our pilots became an Astronaut ? (Courtesy of Richard Kelly)

ORGANIZATIONS: Member of the Society of Experimental Test Pilots, Association of Space Explorers past member of Phi Eta Sigma, and the Scabbard and Blade (military honor society).

EXPERIENCE: Stewart entered on active duty with the United States Army in May 1964 and was assigned as an air defense artillery director at the 32nd NORAD Region Headquarters (SAGE), Gunter Air Force Base, Alabama. In July 1966, after completing rotary wing training at Ft. Wolters, Texas, and Ft. Rucker, Alabama, he was designated an Army aviator. He flew 1,035 hours combat time from August 1966 to 1967, primarily as a fire team leader in the armed helicopter platoon of “A” Company, 101st Aviation Battalion (redesignated 336th Assault Helicopter Company). He was an instructor pilot at the U.S. Army Primary Helicopter School — serving 1 year in the pre- solo/primary-1 phase of instruction and about 6 months as commander of methods of instruction flight III, training rated aviators to become instructor pilots. He is a graduate of the U.S. Army’s Air Defense School’s Air Defense Officers Advanced Course and Guided Missile Systems Officers Course. Stewart served in Seoul, Korea, from 1972 to 1973, with the 309th Aviation Battalion (Combat) as a battalion operations officer and battalion executive officer. He next attended the U.S. Naval Test Pilot School at Patuxent River, Maryland, completing the Rotary Wing Test Pilot Course in 1974, and was then assigned as an experimental test pilot to the U.S. Army Aviation Engineering Flight Activity at Edwards Air Force Base, California. His duties there included being chief of the integrated systems test division, as well as participating in engineering flight tests of UH-1 and AH-1 helicopters and U-21 and OV-1 fixed wing aircraft, serving as project officer and senior test pilot on the Hughes YAH-64 advanced attack helicopter during government competitive testing; and participation with Sikorsky Aircraft test pilots in developing an electronic automatic flight control system for the new Army transport helicopter — the UH-60A Black Hawk.

He has military and civilian experience in 38 types of airplanes and helicopters and logged approximately 6,000 hours total flight time.

NASA EXPERIENCE: Stewart became a NASA Astronaut in August 1979. His technical duties in the astronaut office have included testing and evaluation of the entry flight control systems for STS-1 (the first Space Shuttle orbital mission), ascent abort procedures development, and payload coordination. He also served as support crewman for STS-4, and Ascent/Orbit CAPCOM for STS-5. He served as a mission specialist on STS-41B in 1984 and STS-51J in 1985, and has logged a total of 289 hours in space, including approximately 12 hours of EVA operations.

In 1986, while in training for his scheduled third flight to be know as 61-K, Col Stewart was selected by the Army for promotion to Brigadier General. Upon accepting this promotion General Stewart was reassigned from NASA to be the Deputy Commanding General, US Army Strategic Defense Command, in Huntsville, Alabama. In this capacity General Stewart managed research efforts in developing ballistic missile defense technology. In 1989, he was reassigned as the Director of Plans, US Space Command, Colorado Springs, CO. General Stewart retired from the Army in 1992 and currently makes his home in Woodland Park, Co. He is presently employed as Director, Advanced Programs, Nichols Research Corporation, Colorado Springs, CO.

STS-51J Atlantis (October 3-7, 1985) was launched from Kennedy Space Center, Florida, and after 98 hours of orbital operations returned to land at Edwards Air Force Base, California. It was the second Space Shuttle Department of Defense mission, and the maiden voyage of Atlantis, the final Orbiter in the Shuttle fleet. During the mission he was responsible for a number of on-orbit activities.

This is the only version available from NASA. Updates must be sought direct from the above named individual.

Did you know that there was a “Top Secret Spy Plane” at Soc Trang? (Courtesy of Allan Gustafson) 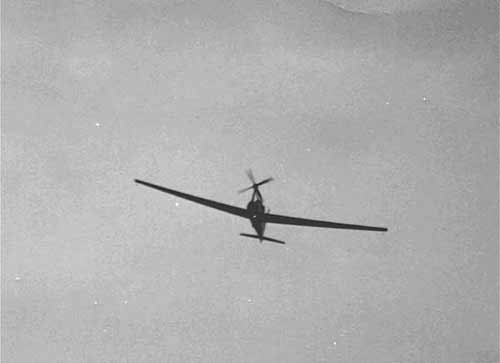 Hi Don,
A friend of mine has been back to Vietnam twice, and he’s planning on returning next month.He wants me to travel back with him on a tour in March 2002. That’s when I inquired about Soc Trang.. would it be open for a tour.. but it looks like the NVA have taken the place over.. I thought I could do a side trip there and take some video / pictures… doesn’t look that way… it would be great if we had some pictures of the base today.

Tom this is Mike McDonell at Military Historical Tours. Glenn Johnson cc’d me on your correspondence re Soc Trang. I am forwarding a message I just received from Ed Henry who just got back from Soc Trang. We can go low and slow by these bases but not on board. They are pretty sensitive about them. The rest of the country is pretty much open including the battlefields.

I just visited Soc Trang Airfield two weeks ago. It is now controlled by the NVA and off-limits. As a matter of fact we pissed off the guards at the main gate by getting too close. The old air strip is plainly in view along the old highway that ran perpendicular to the entire base and there are a lot of new buildings behind the airstrip. Having seen lots of 1960-70 era pictures of the old base, and having seen it now from the highway, nothing of the old base is left. It is also, now overgrown with a lot of trees. NO NVA BASE WILL PROVIDE “TOURS” OF OLD U.S. BASES. They are strictly off-limits and you’ll be arrested if you try to go “over the fence.”Please pass this on to the person who inquired.

Did you know that Soc Trang was used as an example for base defense? (US Army, Counterinsurgency Lessons Learned #60, 10th September 1966)

Did you know that the 336th was reactivated as a Army Reserve Unit? (Courtesy of Bob Pulley http://sliaviator.tripod.com/) (Check out his website for additional information)

The 336th Assault Helicopter Company was activated around 1971 or 1972 as a U.S. Army Reserve Unit. They were stationed at Van Nuys, CA. and Camp Roberts, CA and then Los Alamitos, CA. were they were re-sdesignated as the 336th Combat Aviation Battalion. The reserve 336th Aviation Bn. stood down in 1982 and evolved to the 1/214th Aviation Bn. Later, the 168th Aviation Group was over the 1/214th. The National Guard did a bold political move and acquired almost all of the Army Reserve aviation units and personnel. Many of the 336th & 214th people went to the 40th Aviation of the National Guard located at Los Alamitos. The 6/52 Aviation (Fixed Wing C-12 Unit) sprung up at Los Alamitos which maintained some of the 336th people. Currently, the 6/52 Av is deployed in Iraq 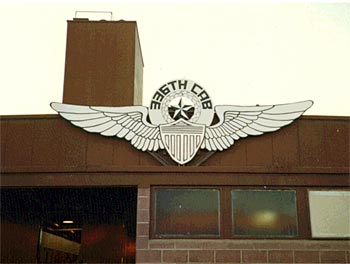 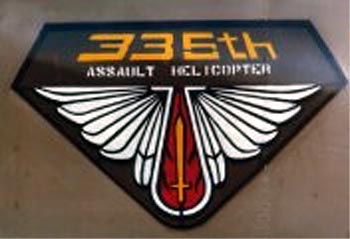 Check out this website for more photos of the Reserve 336th
http://www.fortunecity.com/meltingpot/srilanka/102/id21.htm